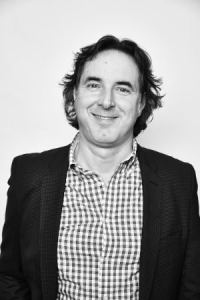 In his new role, Querin will work with agencies and clients across the country and assume responsibility for driving Lamar’s continued revenue growth, with a focus on the company’s integrated digital and static transit advertising solutions.

“We are fortunate to have a proven revenue builder, innovator, and respected out-of-home sales leader joining the Lamar team in Canada,” says Casey Sexton, president of Lamar Transit. “With Andy leading the efforts to grow and expand our media relationships across Canada, I am confident there will be great things to come for our advertising partners in 2023 and beyond.”

An experienced media executive, Querin has spent the majority of his 20-plus years in the industry working with out-of-home and digital media companies. Before he joined Lamar, he was the senior manager of sales for Bell Media. He also previously served as president and chief operating officer (COO) of Zoom Media, vice-president of sales for Titan Outdoor, chief revenue officer (CRO) and partner at Oboxmedia, and national revenue manager at CBC Television. Querin was also a board member at the National Advertising Benevolent Society (NABS) Canada and the Canadian Out-of-Home Marketing and Measurement Bureau (COMMB).

“I am excited to join one of the most prolific and successful out-of-home advertising companies in the world,” says Querin. “Lamar’s transit advertising network offers brands an unrivalled ability to reach and engage consumers throughout their daily journeys. I am looking forward to supporting our national and local sales teams and working with our partners to expand and deliver new opportunities for advertisers across Canada.”

Querin will be based out of the company’s Toronto office.