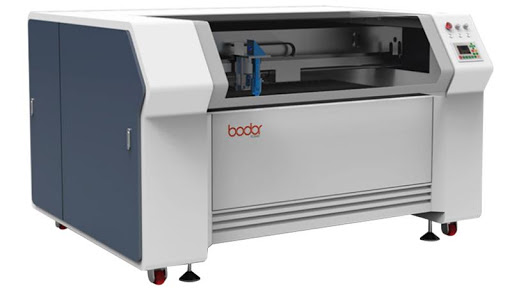 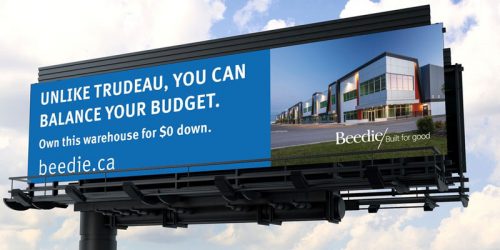 The residential developer company aspires to market its ‘zero per cent down’ ownership program for newly-constructed industrial warehouse space. The ‘cheeky’ billboards, newspaper, and digital media advertisements feature a ‘Balance Your Budget’ promotion that uses the federal election as inspiration.

“We wanted to make a big splash and do something a little outside the box in the Calgary market,” said the company’s industrial development director, Jorden Dawson. “As a company we were tired of seeing all of the negativity in the media about the Alberta economy and we wanted to do something that reminded business owners there is still significant strength in this market. We also wanted to support local entrepreneurs and help make it more affordable for them to run their businesses and give them the opportunity to build equity by owning their new warehouse space in an extremely cost-effective manner.”