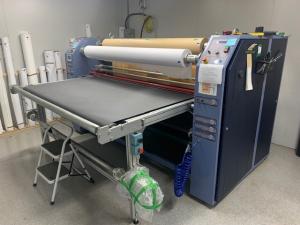 Home > News > Who will grab $6M contract to rename Dundas in Toronto?

It is final – the Toronto City Council has approved 17-7 a name change for Dundas Street and all other public places in Toronto named after Henry Dundas. These include Dundas Square, the TTC Dundas and Dundas West subway stations, three city parks, as well as other municipal assets.

Dundas Street, home to more than 97,000 individuals and 4,500 businesses, is one of the major roads running east to west in Toronto. The renaming will involve a huge project for changing more than 730 street signs, static and digital displays, including on buses and trains, and stationery etc.

The total cost of the renaming project is expected to be in the range of $5.1 million to $6.3 million over two years, according to a report presented to the city’s Executive Committee.

“This cost estimate reflects the significant number of changes and complexity of work involved in changing the name of Dundas Street as a major arterial road, with its direct linkages to provincial highways, and impacts to the transit system and other civic assets,” said the June 18 report by the city manager.

Canada’s signage and display industry expects to receive a major part of this investment in project contracts for the renaming exercise.

Don Ross, Roland DGA National Sales Manager – Canada, said: “I doubt that but a handful of people in the city, or province, are aware of the origins of the name ‘Dundas’. That being said, as the information regarding this historical link has been revealed, most Canadians would agree that the association is unpalatable. Renaming one of the prominent streets in not just Toronto, but the nation, will be very large task, hopefully one shared by a good number of signmakers, including local artisans. Sign shops in general have been pretty resourceful during these tumultuous times, printing window graphics, lawn signage, and floor graphics reflecting responsibilities. The absence of sporting events, concerts, and trade shows, however, has made life way more challenging for many in our community. This initiative will hopefully inject some much-needed investment into our sector.”

You May Also Like   Wayfinding: Carrying on the Pan Am Games' legacy

The name change was brought about as an indirect result of George Floyd’s death in Minneapolis last summer. Toronto residents started a petition in 2020 to rename the street because of its association with Henry Dundas, a Scottish politician who delayed a late 18th century proposal in Britain for abolition of the slave trade.

Toronto Mayor John Tory said Dundas never visited Toronto and the city should not celebrate him and his legacy. “You can never go wrong doing the right thing,” CBC quoted Tory as saying.

“The names of our public streets, parks, and monuments are a reflection of our values as Torontonians. I look forward to the work to come and continuing to build a Toronto for all,”
Tory added in a statement after the vote.

The next steps include a public consultation to select a replacement name as well as a budget to support individuals and private businesses impacted by the name change.

The renaming process will be led by a Community Advisory Committee made up of Black and Indigenous leaders and representatives from the diverse communities living and working along Dundas Street, including Business Improvement Areas and resident associations. The committee will develop potential new names, as well as a transition plan to assist residents and businesses throughout the renaming process, according to a city statement.

Council also approved the development of a commemorative framework that will inform a more inclusive, community-centred approach to naming and place-making. The framework will include guiding principles for how the city commemorates public figures and events in monuments, street and place names, and will set out a process for reviewing other assets in the future.

Beginning in the fall, the city will engage in consultation with a diverse group of stakeholders and the general public for feedback on the development of the commemorative framework.

You May Also Like   Reprodux invests in inkjet infrastructure

City staff will report back to Executive Committee before June 30 next year to bring forward potential new names for Dundas Street and other city-owned assets bearing the Dundas name.

Once a name is finalised, work on changing the signage and displays in the city could start by early 2023, reports say.

Barring delays, this schedule projects related contracts to be done and finalized by the end of 2022.

Interestingly, the nearby Town of Whitby seems to have slipped under the radar of Dundas name change activists and petitioners.

In Toronto’s eastern adjoining Durham Region with Pickering, Ajax, Whitby, Oshawa and Clarington, only Whitby still retains the Dundas street name. In the rest of the communities, the name is now mostly King Street or Highway 2 [sometimes also referred to as Kingston Road or Old Kingston Road], and beyond Newtonville, as County Rd 2. Mississauga on the western border of Toronto too, has a Dundas St.

“I am not aware of any proposal or campaign to rename Dundas Street,” Whitby Mayor Don Mitchell told Durham Post, a regional digital newspaper.

A representative of the Durham Black Accountability Coalition (DBAC) was not aware of any move to petition renaming of Dundas St in Whitby. “I don’t know if anyone on the DBAC team is taking action on this,” the representative said.