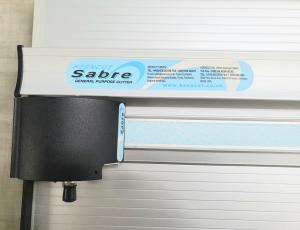 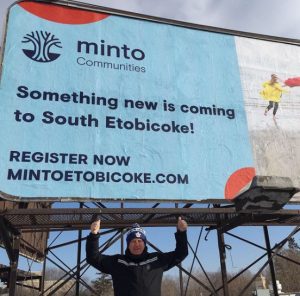 Toronto grocery worker and father, Chris Morren, has made a successful side hustle by starting up a billboard business known as Great Outdoor Advertising. Photo courtesy Chris Morren

Toronto grocery worker and father, Chris Morren, has made a successful side hustle by starting a billboard business known as Great Outdoor Advertising.

“I used to be in the billboard business, mostly large scale, hand-painted third-party murals in downtown Toronto, from 1994 until 2000,” Morren told blogTO in the report.

Morren sold the billboard business for $60,000 to follow other opportunities and worked for GO Transit until he was let go in 2011.

“It put me into a depression because I had four mouths to feed, including my own,” said Morren.

For the past decade, Morren was an order selector in a grocery warehouse. Morren said he wanted to work what he considers a slightly manic, depressive tendency and to show his kids, ages 10 and 12, he can do more.

Morren started Great Outdoor as a one-person proprietorship business and later approached several advertisers including Minto, which is currently working on projects in the Long Branch area of Toronto.

Despite the business never hearing about Great Outdoor, the company gave Morren a three-year contract for two billboards in Long Branch. Morren’s first posters for Minto were installed last month on Jan. 31.

This is the first billboard location for Morren, but he’s hopeful to get more.

Morren still only puts in a few hours a week at the billboard business and isn’t planning on leaving his current job at the grocery warehouse, as he needs the benefits and stability.