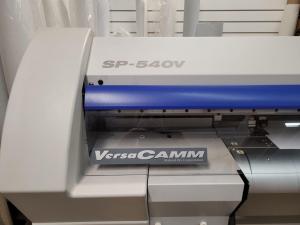 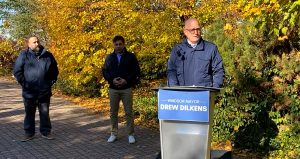 Gateway Park is getting an upgrade, including new signage, thanks to the City of Windsor’s $1.6-billion pledge over the next 10 years to fund capital improvements that raise the quality of life for residents.

The announcement comes after the City of Windsor reached an agreement with the Detroit River Tunnel Company, a subsidiary of Canadian Pacific Railway, which grants the municipality a 99-year licence to operate and maintain Gateway Park.

The agreement took effect on November 9, 2021 and authorizes the city to take an active role in managing the park, which is located above the CP tunnel that runs parallel to Cameron Avenue, bordering the city’s west side.

The Detroit River Runnel Company retains full ownership of the land and will pay the city $300,000 to assist with maintenance costs, which includes a one-time transfer of $100,000, followed by an annual disbursement of $20,000 for the next 10 years. The rail company will also pay $40,000 for easement rights to the city’s property located about 40 feet underground. Windsor Council has committed $700,000 toward the park’s revitalization as part of its $1.6 billion pledge to fund capital improvements over the next 10 years.

As a linear property, Gateway Park begins at Riverside Drive and runs nearly 1 kilometre south to Wyandotte Street. It is between 50 and 70 metres wide and bordered on each side by a thick overgrowth of diverse plants and trees. A row of Japanese cherry blossoms, donated in 2002 by the Consulate-General of Japan’s Sakura Project as a symbol of international friendship, lines a narrow foot trail in the centre of the park.

The park’s full revitalization is expected to be completed by fall of 2022, which will mark the 20th anniversary of the Sakura Project.