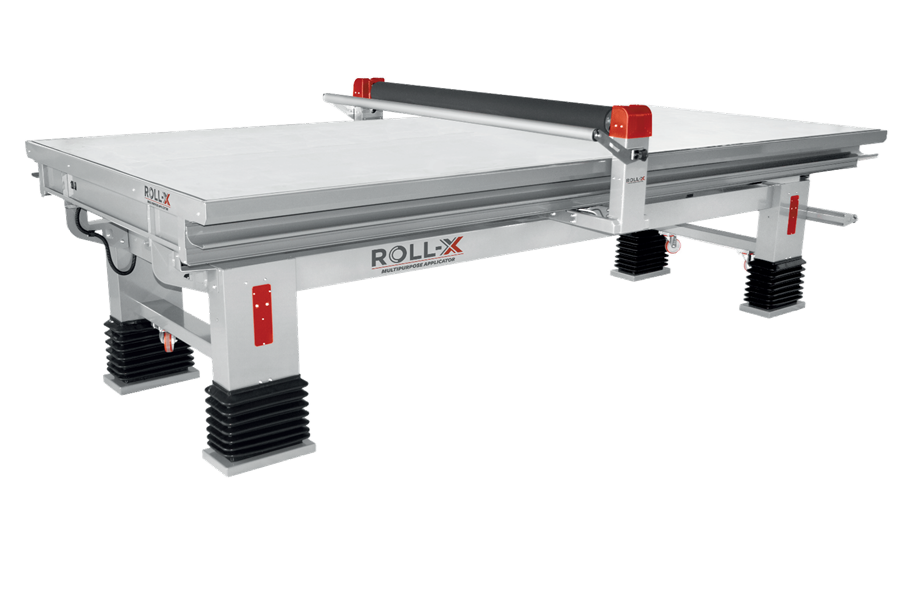 Installation
The deadline loomed, as there was to be a public unveiling of the artwork the week after Christmas, with local dignitaries and the public in attendance, at the Montrose Cultural Centre. With this visibility in mind, Metituk handled most of the assembly work in his shop, where many variables—from contaminants to adhesives—could more easily be controlled than in the gallery. He planned to install the bear in nearly-complete form and added three pieces to hide his attachment methods.

To fully raise the heavy glass background panels into place for installation, with their top edge approximately 4.3 m (14 ft) above the ground, Metituk created a jig and attached it to a rented drywall lifter. This way, he could pivot the panels into their precise positions without the risk of dropping them.

The bear was also mounted very deliberately, with a space behind the top of the back. This helped achieve the visual effect of an actual bear’s silver ridge shining in the sunlight.The biggest challenge, however, laid in integrating the components together. No allowances had been made for attaching the acrylic bear to the background, since when the glass was being tempered, no holes could be added to it.

After much consideration, Metituk decided upon plastic mounting pads, as used with dimensional sign letters. He situated these in the space between each glass panel. Then he placed a bolt through the acrylic and into each pad, such that when it was tightened, it would create the tension needed to keep the bear in place. With the assistance of a two-sided adhesive, this technique made installation of the bear on the glass very quick, if still slightly challenging.

In the end, the on-site assembly took approximately 90 minutes. Once the bear was attached to the background, Metituk added the smaller pieces, the vinyl spelling out the piece’s title (‘Subarctic Bear’) and a side panel explaining the project’s meaning. Fittingly for the sesquicentennial nature of the occasion, a final tally of 150 individual pieces came together to form the main mural.

You May Also Like  CNC Routers: Optimizing cutting and avoiding pitfalls

The reveal of the mosaic was well-attended and received. Craig was very happy about the care taken in preserving his artwork, while acknowledging how the increased size and added dimensionality allowed viewers to experience it in a totally new way. The clients, meanwhile, were in awe of the results, as they’d had no concept of how the piece was being created.

Signmakers like Metituk do not always think of themselves as artists, but art comes in all shapes and sizes—and the ability to create it from vinyl and acrylic is perhaps a skill more likely to be found in a signmaker than in a traditional artist.