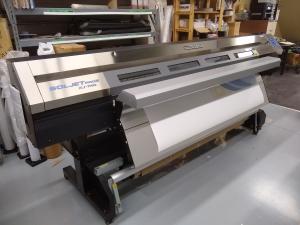 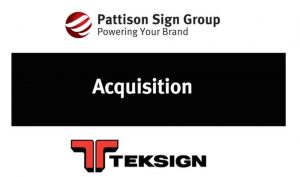 Pattison Sign Group (PSG), one of the largest full-service physical branding companies in North America, announced the acquisition of Teksign, a signage manufacturer in Canada.

PSG said this acquisition provides the company with one of the finest sign manufacturing teams in Canada, an additional 3344 m2 (36,000 sf) manufacturing facility, in addition to well-established and proven design and engineering capabilities for signage and branding products.

Dan Mullin, the principal owner of Teksign, as well as his two sons Andrew and Chris Mullen, have entered into employment agreements to join PSG and remain to lead the business.

“Teksign has been a leader in the industry for 75 years,” says Belanger. “We couldn’t be happier to have Dan, Andrew, Chris and their team as part of the Pattison family.”

“We are thrilled to be part of Pattison,” says Dan Mullin, president of Teksign. “The synergies created by combining our companies will be greatly beneficial to our customers.”