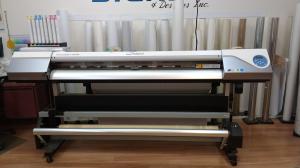 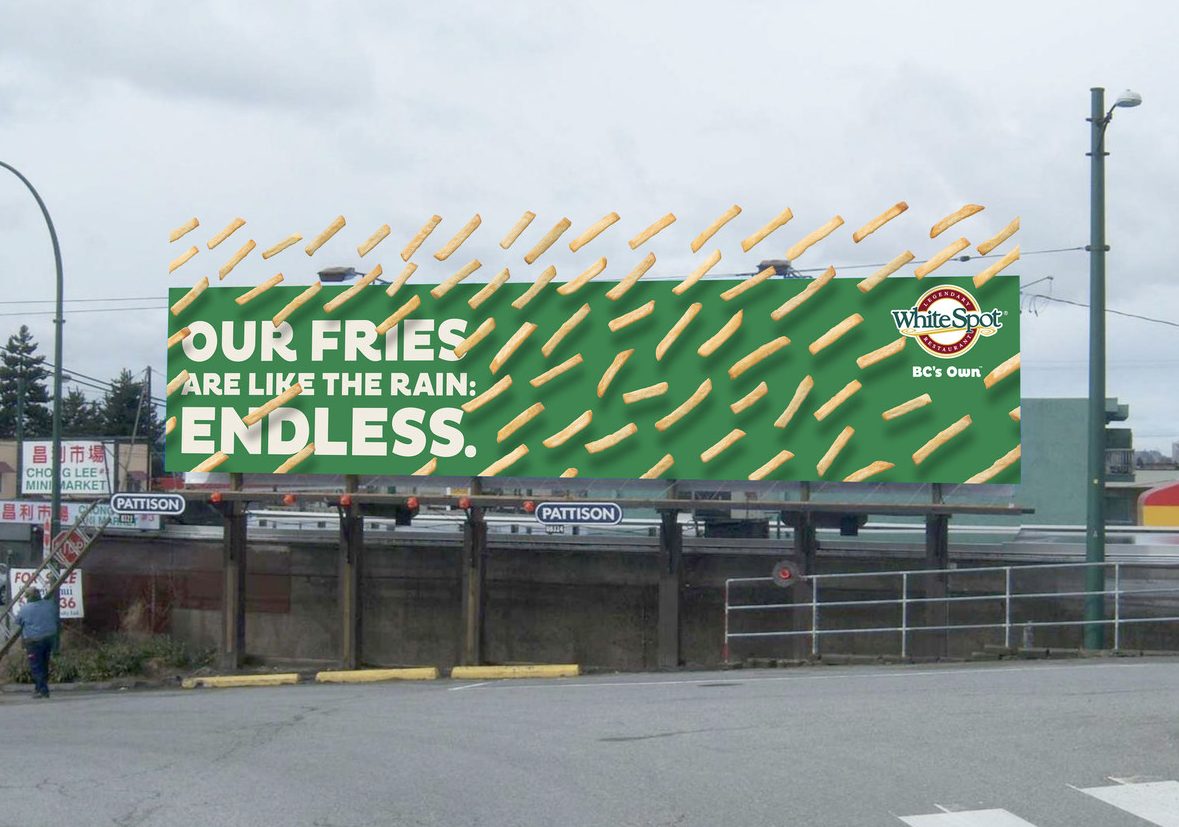 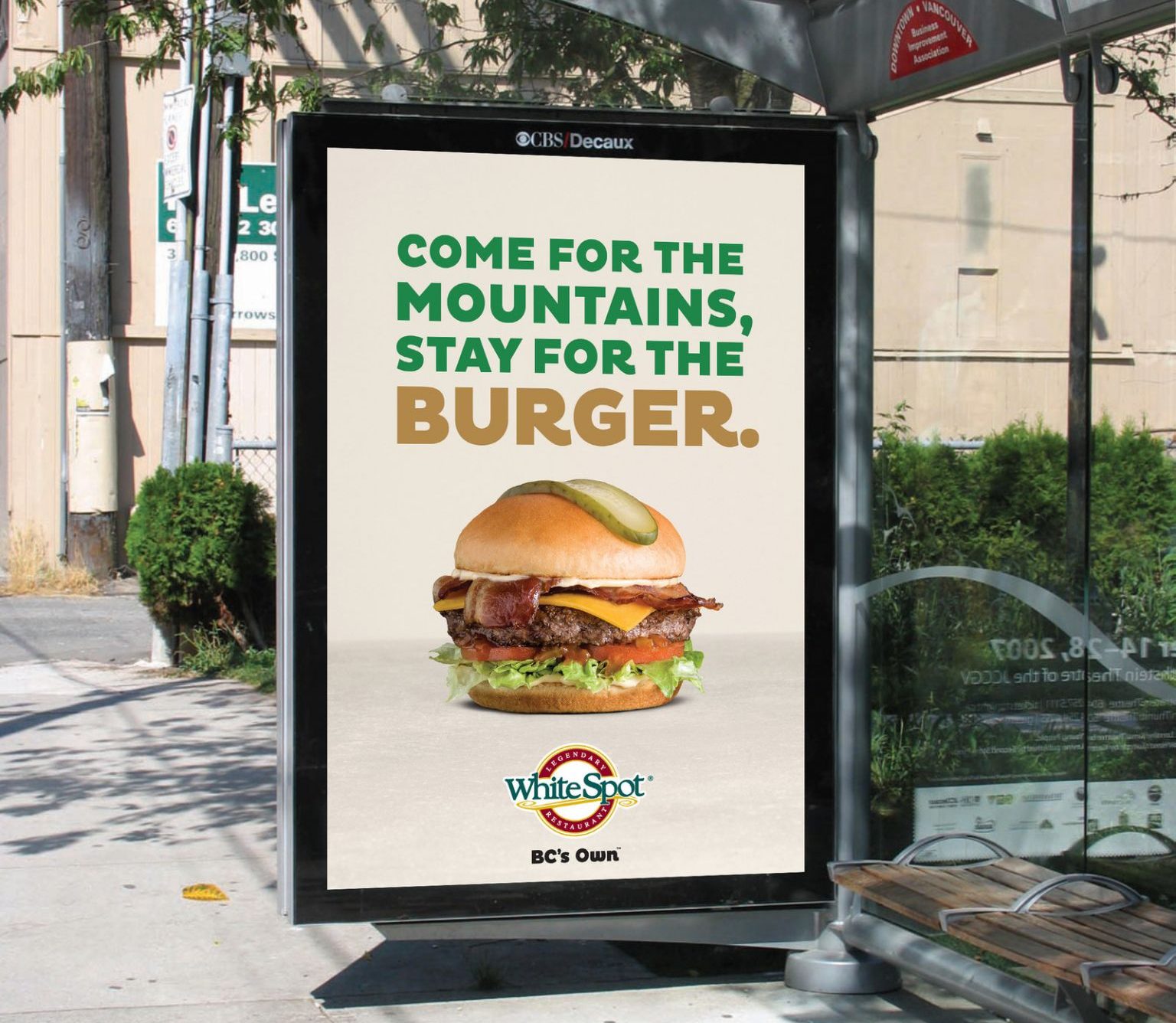 Restaurant chain White Spot has launched ‘BC’s Own,’ its biggest marketing campaign to date, with a mix of eye-catching billboards, transit shelter posters and other media across British Columbia.

“If you grew up in B.C., you probably have fond memories of White Spot,” says Rob Sweetman, founder and executive creative director of One Twenty Three West, White Spot’s agency of record. “We wanted to remind people of why they fell in love with the brand in the first place, while also welcoming newcomers.”