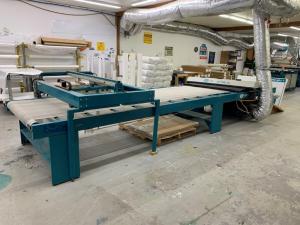 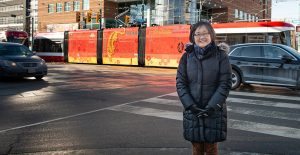 The Toronto Transit Commission (TTC) vehicles have been decorated with their first Lunar New Year-themed wraps thanks to the TTC’s wayfinding and signage coordinator, Brenda Tong.

“The TTC is proud to observe the Year of the Tiger with transit riders and our employees. This occasion invites us to recognize and celebrate the diversity of our city,” said TTC chair Jaye Robinson. “The TTC remains committed to providing a transit system that is inclusive and welcoming for all of our customers. We wish everyone a joyful and prosperous Lunar New Year.”

Four TTC buses and one streetcar have been decorated with a design celebrating the Year of the Tiger. The wrapped vehicles share a message of good fortune for the year ahead translated in multiple languages, including Chinese, Vietnamese, Korean, Thai, Tibetan, Tagalog, Malay, Indonesian, and Mongolian.

The new wraps can be found on routes such as the 510 Spadina streetcar along Spadina Road through Downtown Chinatown; 506 Carlton replacement buses along Gerrard Street through East Chinatown; 25 Don Mills; 39 Finch East; and 53 Steeles East.

“Lunar New Year marks an important holiday for many residents in our city and communities across Toronto. This campaign from the TTC is a great way for the city to mark these celebrations with our residents and to help foster a welcoming and inclusive city,” said Toronto mayor John Tory. “I want to wish all of our residents celebrating a Happy Lunar New Year and I encourage transit riders to enjoy the vehicle wraps as we celebrate the year of the Tiger.”

According to the dailyhive.com, Tong’s designs went viral online after her daughter, Felicity Tse, posted it on the popular Facebook group Subtle Asian Traits (SAT). The post garnered more than 14,000 likes since posting it on Jan. 30.

Tong has worked on many projects in the U.S. and Canada before joining the TTC. Her first project was being part of the design team for SkyDome (Rogers Centre). She then worked on the Air Canada Centre (Scotiabank Arena). She designed a Chinese New Year stamp for Canada Post and worked on projects like the Ripley’s Aquarium of Canada and the Whitney Museum of American Art, in which she earned nine awards.