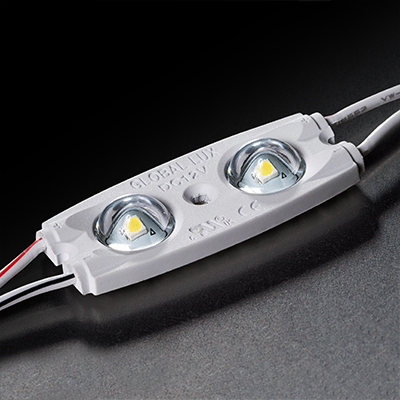 By Pierre Carreau
Light-emitting diodes (LEDs) are everywhere today, from traffic lights to medical equipment and, in the sign industry, from small-format tickers to massive outdoor billboards. In the past five years, the prices of LEDs have dropped by nearly half, their efficiency has more or less doubled and new technologies have been introduced.

Despite these trends, however, many professionals in the sign industry do not understand all of the fundamentals of LEDs that are necessary for them to recognize the best opportunities to use them in their work.

Historic milestones
The history of LEDs goes back to 1906, when Henry Joseph Round, personal assistant to the famous Italian inventor Guglielmo Marconi, became the first person to observe electroluminescence by applying 10 V of electricity to a silicon carbide (SiC) crystal. This was followed in 1927 by Russian scientist Oleg Vladimirovich Losev observing light emission from a zinc oxide and SiC crystal diode.

In an LED, an electrical current passes through a semiconductor material from a positive layer to a negative one. As it does so, it pushes both of these layers into an ‘active’ layer, the collision of which creates light in the form of a photon.

“The current itself is the light,” said Holynak in 2012, reflecting on the 50-year anniversary of his discovery.

Different LEDs
As exemplified by the aforementioned historic milestones, different minerals can be used to create different colours. Today, LEDs can be not only red or blue, but also yellow, orange or green. By mixing the appropriate phosphor with the encapsulate compound, the right colour for a given application can be achieved.

There are also different types of LEDs. Conventional radial wired LEDs offer only very low lumen output and are mostly used as light sources for status indicators on control panels and similar applications.

Surface-mounted device (SMD) LEDs are brighter and have become common in the sign industry today. They have helped ‘miniaturize’ lighting systems and, from their manufacturers’ perspective, one of their primary advantages is enabling automated assembly.

Chip-on-board (CoB) LEDs offer even higher lumen output, along with improved thermal management, longer life in the field and less need for maintenance. Miniaturization is maximized and they allow high-density packaging.

One of the latest technologies is organic LEDs (OLEDs), which could potentially be printed on flexible substrates, allowing new capabilities in sign lighting design. While it is unclear as yet how they will be used, they will certainly represent a push away from polymer electroluminescent light (PEL).