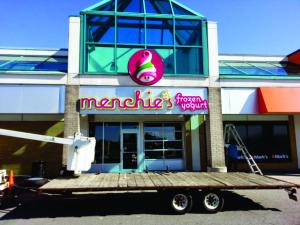 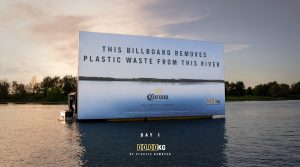 Corona Canada recently launched a plastic-collecting billboard project, to help reduce the amount of waste in the St. Lawrence River near Boucherville, Que.

Originally installed in September, the floating billboard will continue to clean up the river until Oct. 19. The waste collected during this time will provide insight into how much plastic is in the water, as well as which items are being littered, what types of plastic they consist of, and where they are coming from.

Corona Canada selected the St. Lawrence River for the project based on its role as a connecting waterway from the Great Lakes to the Atlantic Ocean.

“Since one-fifth of the world’s freshwater resources are located in Canada, the goal of the plastic collecting billboard is to act as a symbol, to raise awareness of the pollution rivers endure—ultimately flowing into the ocean,” says Mike Bascom, senior marketing director for Corona Canada. “As a brand that was born at the beach, Corona is invested in helping to protect Canada’s natural environment.”