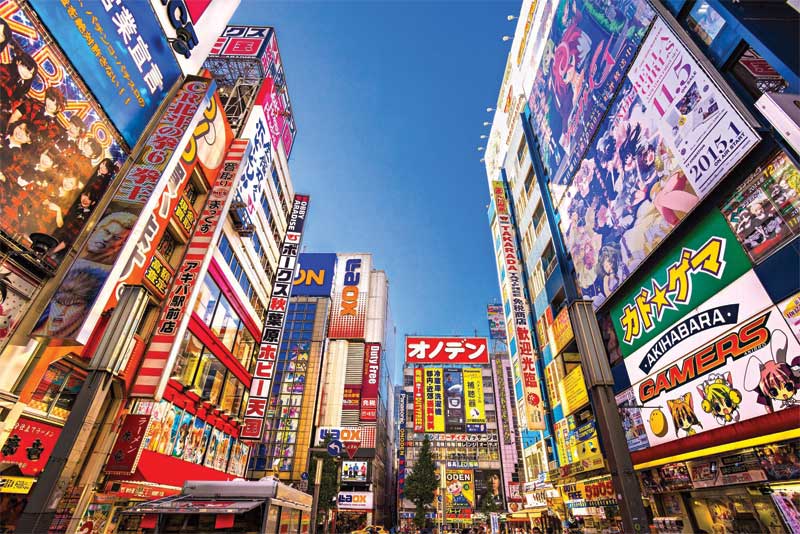 Making digital signage stand out may call for some non-digital enhancements.

When people hear the term ‘digital signage,’ the same image tends to come to mind: a flat screen streaming colourful content. Such a screen may vary in size and resolution, but the general presentation is the same.

Digital signage has become so common, it is nearly ubiquitous. And as screens become ubiquitous in public environments, even distinctive content can become invisible. When there is too much ‘sign clutter,’ people end up tuning out most of the displayed messages. As such, with the increase in digital signage rollouts in recent years, the effectiveness of the medium has arguably been reduced.

In such a scenario, making digital signage stand out may call for some non-digital enhancements.

There is actually a long history of dynamic signs before they went digital.

The first mechanical news ticker, for example, was developed in 1928 for One Times Square in New York., N.Y., which remains a hub today for the city’s New Year’s Eve celebrations. It used an array of light bulbs and moving frames to spell out news headlines for passersby, a good 50 years before Times Square became a platform for giant TV screens. 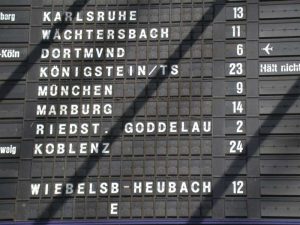 Mechanical message change signs are still commonly used in train stations like this one in Frankfurt.

By the 1980s, with the advent of both large screens and large-format printing, mechanical approaches to dynamic signage began to disappear. The sign industry went digital in more ways than one. Even tri-vision billboards—which rotated between several static ads—eventually gave way to digital billboards.

You May Also Like   Digital signage inspires engagement, literally

Recently, however, some designers and manufacturers have recognized the benefits of the specific attributes of earlier mechanical conveyances. By using physical motion, through either mechanical means or another type of movement, they have developed novel dynamic signs that break through the clutter. Some are truly multi-sensory, using a combination of sound, dimensionality and movement to heighten the level of engagement for the public.

As in the past, mechanical dynamic signs use motors and changing lights to create movement. They can range in format and level of sophistication, from motorized circular and triangular drums with changing images to disk technology that can create messages that rival digital signage content for clarity and dynamism. 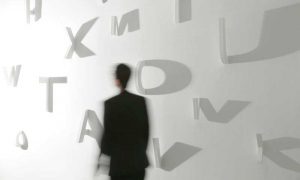 Yu Chen, a graduate student at Maryland College of Art, developed this dimensional graphic approach that uses shadow and movement to create messages.

The mechanical sounds help these dynamic signs stand out, with each sound cue drawing the public’s attention to changes in the displayed images or text. As well, simpler shapes and patterns can help cut through the clutter of busier, more complex imagery.

Signs that use changes in light to capture the public’s attention are becoming increasingly common, particularly with new trends in landmark architecture. Light works very well when combining traditional signs and buildings’ structures, as it can help accent already distinctive design elements. 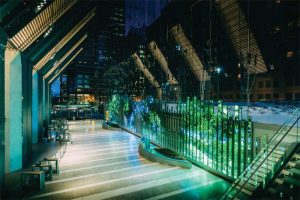 Another approach for creating dynamic signage is to leverage the physical movements of viewers, rather than make the sign itself move.

Examples of this approach range from simple lenticular graphics, which display different images from different angles and can simulate motion, to more complex images that can only be seen from a certain distance or under a certain lighting condition. Different messages on a fixed sign can be highlighted, depending on the audience’s viewpoint of the media.

You May Also Like   APG Media Group opens Canadian headquarters

Even ‘traditional’ digital signage can be made more effective by incorporating dynamic effects, such as by adding physical movement to a display or by arranging a series of multiple screens to add an extra level of movement to their content.

Digital signage is clearly here to stay, but creative designers and fabricators are finding new ways to redefine and enhance the notion of what a changing message sign can and should be in different environments. Manufacturers are also rising to the occasion, e.g. by developing more flexible screens that can be used as parts of a larger dynamic system.

Taking the proven methods of the past and combining them with today’s latest technology can help make the public media environment more dynamic than ever before.

Craig M. Berger is chair of the visual presentation and exhibition design department of the Fashion Institute of Technology’s (FIT’s) School of Art and Design and runs his own firm, Craig Berger Management Consulting, which assists fabricators, manufacturers, and institutions with design-based marketing and education strategies. For more information, contact him via e-mail at craig_berger@fitnyc.edu[5].