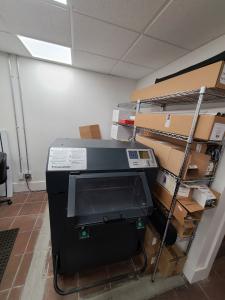 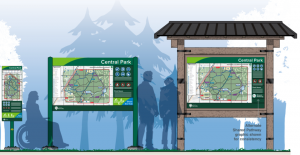 The City of Burnaby B.C.’s 164 parks will be receiving new and improved signage for complete modernization and consistency. Image courtesy City of Burnaby

The City of Burnaby B.C.’s 164 parks will be receiving new and improved signage for complete modernization and consistency.

According to a news report from burnabynow.com, a staff report said current signage (which includes 3500 signs) is inconsistent between locations and within the parks themselves. This poses a challenge for navigation for residents.

City council approved the new plan for new signage on Monday, May 9.

Councillor Pietro Calendino asked staff to place “you are here” marks on relevant map signage and suggested including notes reminding dog owners to pick up dog waste with graphic directions to garbage cans.

Square QR codes directing people to an online map was suggested by Councillor Dan Johnston. Staff are currently studying the use of QR codes to give residents a better sense of connection between parks.

Councillor Alison Gu asked that Burnaby’s climate plan and climate action goals be included throughout educational signage. She pointed to signs on Vancouver’s Seawall which show where sea level rise will bring the waters.

Gu also asked to include Indigenous reconciliation on the signs in order to connect the history of the lands and waters and how to move forward in a better way.