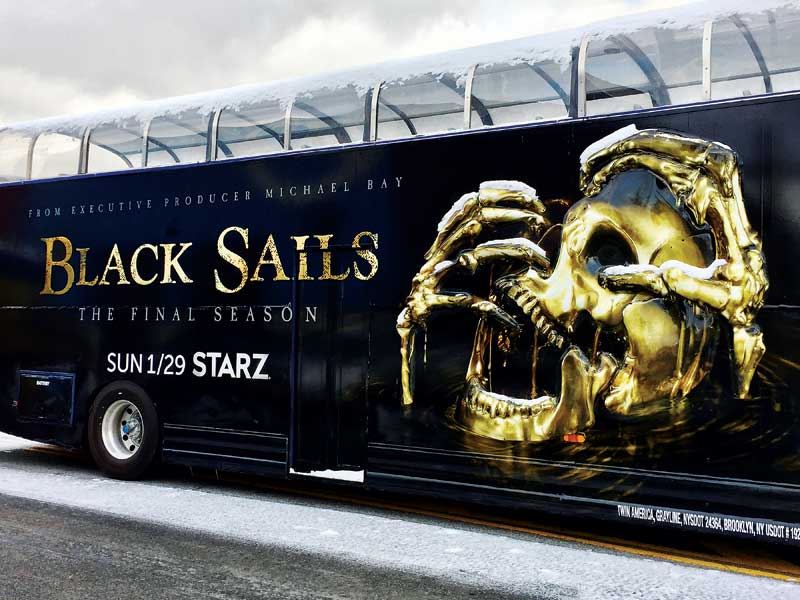 By Lilach Sapir
Three-dimensional (3-D) printing is a relatively new phenomenon for wide-format print service providers (PSPs), though the technology has in fact been around for more than 30 years and, over that period, has revolutionized many production processes in the world of manufacturing. Today, 3-D printing has developed to the point where it is viable for large-format sign and graphic applications, including attention-grabbing vehicle wraps.

Shapes on the go
In Israel, for example, ES Digital—known for its expertise in wide-format digital printing, visual merchandising, point-of-purchase (POP) displays and signage—was recently commissioned to produce a trio of 3-D printed bottles of milk for a three-month campaign to promote dairy company Tnuva’s new energy drink, Go.

Using gel dispensing printing (GDP) technology and a large build tray accommodating the production of 3-D objects up to 1.8 m (6 ft) tall, ES Digital was able to output the larger-than-life bottles over several days, then illuminated them, so as to further maximize their visual impact outside of daylight hours. The results surpassed Tnuva’s expectations, both in terms of their visual appeal and their ability to catch people’s attention.

By extending its range of applications, ES Digital is aiming to differentiate itself from other wide-format printing companies in the market and unlock the door to new business.

“Brand marketing managers will always seek to get as much ‘wow factor’ as possible out of their budgets,” says Eyal Shemesh, CEO of ES Digital, “and this particular use of 3-D printing exemplifies this.”

In the black
While 3-D printing can change the way graphic arts projects are produced, it can also be seamlessly integrated into an existing large-format printing business in a complementary manner. Indeed, it has become possible for sign shops to combine 3-D and traditional two-dimensional (2-D) graphics into a single wrap project. 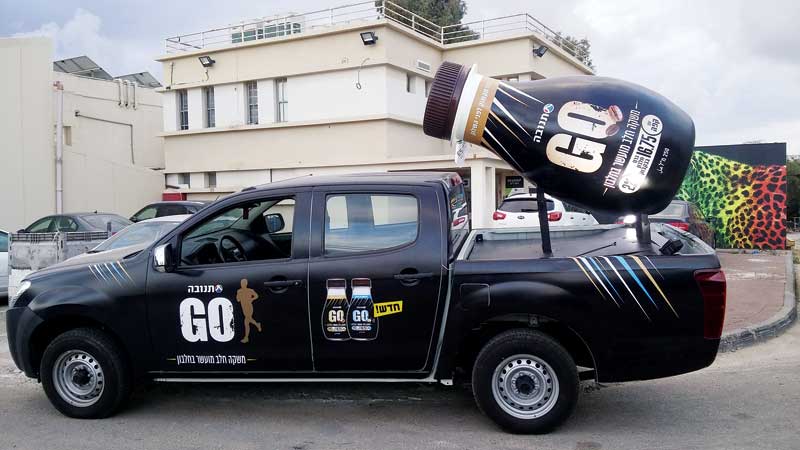 In the U.S., for example, commercial printing company Carisma has elevated traditional 2-D vehicle graphics with the addition of 3-D printed elements. Having already used this technique to garner much attention in the summer of 2016 with double-decker bus wraps promoting Sony Pictures’ The Angry Birds Movie and remake of Ghostbusters (see Sign Media Canada, November 2016, page 18), the company recently applied it to a large-scale, countrywide campaign advertising the fourth and final season of the TV series Black Sails, which premiered on Starz at the end of January.

You May Also Like  PMTC announces 2017 Vehicle Graphics Design Awards

Specifically, to embody the pirate-themed prequel series to Robert Louis Stevenson’s classic book Treasure Island, Carisma 3-D printed a 2.4-m (8-ft) tall skull, then vacuum-formed nine versions of it and adorned them with self-adhesive sheets of printed vinyl for nine double-decker buses, all within three days.

“Our client was blown away by the attention generated by these 3-D printed bus graphics,” says Moshe Gill, CEO and founder of Carisma. “Retaining our clients—such as those in the movie and TV industries—by securing repeat work from them has become critically important to our success and 3-D printing has enabled us to do exactly that.”

Indeed, by stepping outside their usual comfort zone and exploring the capabilities of 3-D printing, PSPs are enjoying a multitude of business-related benefits, including the ability to ‘futureproof’ themselves. As more such companies continue to push creative boundaries, 3-D printing will become increasingly common in the next generation of vehicle graphic production.