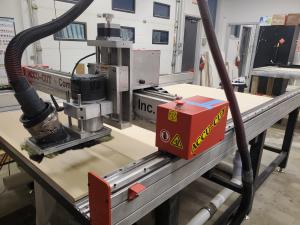 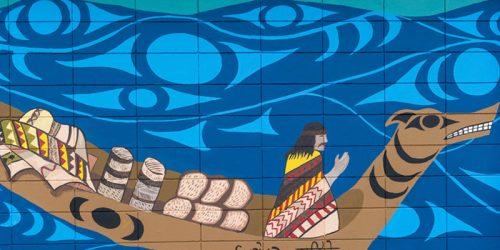 Conservative MP Harry Stevens’ name has been removed from a federal public building in Vancouver.

Conservative MP Harry Stevens’ name has been removed from a federal public building in Vancouver.

Stevens was a proponent of a 1914 law, which prohibited a group of people from British India from emigrating to Canada.

The announcement was made by members of government who were joined by the South Asian and First Nations communities.

At the same time, the ministers also recognized the newly painted mural on the building, located at Quebec Street and East 10 Avenue, as a symbolic gesture of reconciliation to victims of the Komagata Maru incident, and as a way of paying tribute to the kindness of spirit demonstrated by the nearby Indigenous Peoples.

The piece painted as part of the 2019 Vancouver Mural Festival, depicts the Komagata Maru incident of 1914. It honours the victims of the tragedy and their descendants, and recognizes the generosity of the local Indigenous Peoples in providing food and water to the passengers. The mural was a joint effort by artist Keerat Kaur who painted the ship, and artists Alicia Point and Cyler Sparrow-Point who painted the Indigenous art.

“Removing Harry Stevens’ name from the federal building in Vancouver will help educate the community and remind us of how unique Canada’s diverse makeup is,” said Komagatu Maru Society’s vice-president and spokesperson, Raj Singh Toor. “We are all richer when we remember how special it is to have so many different ethnic communities living together.”