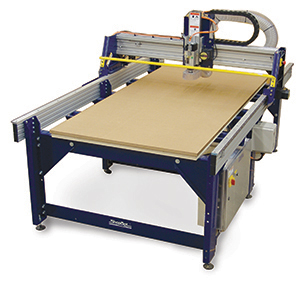 By Tim Pedrick and Nick Hansen
In the sign industry, estimating can be one of the most important and, at the same time, frustrating parts of running a business. When it is not clear where to begin, ‘winging it’ might seem like an enticing option, but that can easily lead to losing money on a job that wasn’t priced right and/or losing jobs to the competition. Too often, sign companies try to produce fast and accurate estimates that end up sacrificing one of those two qualities or, even worse, miss the mark on both counts.

There are many factors signmakers need to consider when developing an estimate. Best practices can help them optimize both speed and accuracy, providing excellent service that keeps clients returning time and time again.

What it is and is not
First of all, it is important to understand the difference between estimating and pricing. Estimating is the process of looking at a project in detail—including materials and labour—to determine what it will cost. Pricing is the process of providing a number  to the customer.

Guesstimating, meanwhile, is a third  process that can be helpful early on when setting a budget. It is important, however, for guesstimates to stay on the high side and not be put to paper.

In the end, an estimate is a tool for determining what a product or service will cost. In addition to being presented as a projection of all costs to the company for labour and materials, it can also be thought of as a document for the purpose of calculating the price that can be charged to the client.

Types of estimates
Estimating is a team effort. It involves not  only the sign company’s estimator, but also its accountant, production staff, purchaser, sales representative and client. Besides rough guesstimating, there are two major types of approaches they can take for sign project estimates: area-based and cost-based.

Area-based estimates are calculated, as the term suggests, by square footage. The process can be an effective choice for simple projects, such as billboards, sign cabinets and standard wide-format graphics. That said, the formulas for these estimates will need to be updated continuously and it is very important to be careful not to miss any unique features of a project that could increase its cost.

Cost-based estimating takes a different approach by listing all of the costs associated with the project, including various materials, labour, overhead and indeterminate items, such as allowing for misprints. This list takes more work to set up and maintain than an area-based estimate, but when a project is priced based on its costs, it will be easier to predict the sign company’s profit margin. This opens the door to opportunities to become more or less competitive in the market. It also means the material list can be transferred to the order, providing additional control over actual costing during production. Keys to accuracy
Given the aforementioned factors, the following are the five keys to developing an accurate estimate: