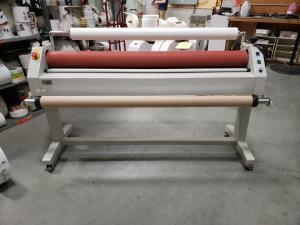 The Specialty Graphic Imaging Association (SGIA) reports Ford Bowers of Miller Zell will become its new president and CEO on February 1, 2016. He succeeds Michael Robertson, who announced plans to retire earlier this year after nearly 15 years leading the organization.

Bowers joins SGIA’s leadership from Miller Zell, where he served as vice-president (VP) of operations and general manager (GM) of its graphic centre for nine years. With SGIA membership, he led the company through a transition from analogue screenprinting and lithography to mostly digital print production, attained G7 printing methodology qualification and earned Sustainable Green Printing Partnership (SGP) certification.

“I am excited now to devote my full time to an organization that has done so much for Miller Zell,” he says. “I will work closely with suppliers and print and imaging members to continue to develop the SGIA community.”