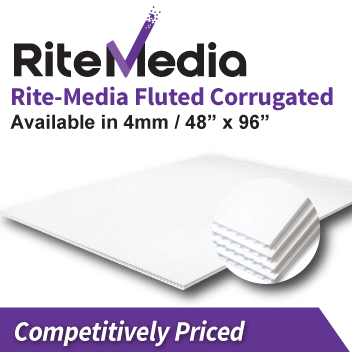 By Peter Saunders
Keith Graham (pictured), founder and director of Marcom Signs & Graphics in Chilliwack, B.C., has built his business steadily by keeping its areas of expertise highly specialized, focusing on local clients and investing regularly in staff training and time-saving equipment. Now, he is planning to expand both the shop’s local footprint and its outward marketing reach.

A background in design
Graham was born, raised and educated in Scotland. After earning a degree in graphic design, he worked for himself, freelancing as a commercial jewellery photographer and running a printing company in Edinburgh.

“I was always more interested in design,” he explains, “but after outsourcing printing to other companies, I realized we could make more money by doing it on our own.”

He met his wife April, who was born in Richmond, B.C., while they were playing baseball—he for Scotland and she for Great Britain.

“She was a physiotherapist, but couldn’t get a permanent contract in the U.K,” he explains. “A few years after we visited Chilliwack, where her sister lives, we decided to move there ourselves.”

Launching the business
So, they moved to Chilliwack in 2008, where Graham was able to continue his career both as a jewellery photographer, doing work for clients like Birks and Spence, and in the print industry by helping to manage an existing local shop, Signal Signs & Graphics.

“The staff at Signal wanted to augment their traditional sign business with digital printing,” he explains. “I helped them set up their proofing and production systems and then I managed the business for two years.”

He considered buying the company himself, but instead left to launch his own new one, Marcom, in 2014 (the same year, as it turned out, as his wife opened her own physiotherapy clinic). Then, when Signal was going out of business, he bought its client list.

“I started Marcom modestly, as I had to buy or lease printing equipment in my own name,” he says, “but once I bought that list, I had access to a range of growing businesses as my clients, including high-profile car dealerships across the region.” 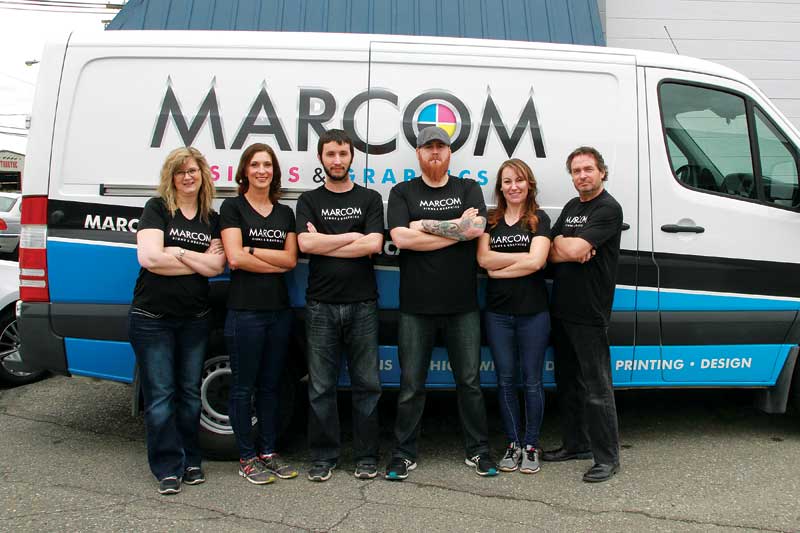 Investing in staff
As such, Marcom hit the ground running, leaving Graham too busy at first to fill his own staffing needs. He hired one designer who had worked for Signal, but otherwise, he ended up finding people outside the sign industry.

“I found as long as I got reliable, honest people, I could invest in training for them,” he says.

Out of his current staff of five, for example, he has sent two installers, Cam and Daniel, to graphic wrapping courses with 3M Canada and Avery Dennison. Even Nina, who answers the phone and uses Cyrious sign estimating and business software to help manage the shop, is now learning about vinyl in a technical context from ND Graphics.

“That leaves me to do sales,” says Graham. “I’m the one out quoting on jobs.”