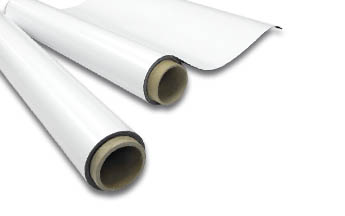 By Peter Saunders
When Jean Lapointe (pictured) founded Kalitec in 1989 in his apartment in Laval, Que., he had a very Canadian goal in mind: to develop a street sign post that could endure harsh, snowy winters, particularly given the threat of damage by snowplows and other vehicles.

“It was a big project,” he says. “The road sign posts available at the time were manufactured in the U.S. and weren’t suitable for areas requiring snow removal. They would get broken throughout the winter.”

In the end, he accomplished his aim with a three-part sign post, dubbed Kalifix. One part was an anchor, to be installed below the ground. The second part was the above-ground post. And the key third part was a connector to join them.

“This way, if a plow were to hit the sign, only the connecting pin would break and that could be replaced inexpensively,” Lapointe explains. “We could save 90 per cent of the sign, including not only the anchor and the post, but of course the sign face, too!”

The research and development (R&D) process for the breakaway product took nearly seven years, during which Kalitec specialized in manufacturing industrial signs for large factories in the Montreal area. Today, its outdoor sign products are widely used all across Canada, from the rebuilt downtown area in Lac-Mégantic, Que., to the national park in Jasper, Alta.

Gradual growth
Having previously worked for Acme Signs and Aluminium Dufresne, Lapointe was able to differentiate Kalitec from the beginning with his combined experience, by using aluminum instead of corrugated plastic for the production of the company’s aforementioned indoor factory signs.

“No one was doing that for industrial clients,” says Lapointe. “Using aluminum allowed us to offer higher quality.”

While these signs—generally used to display procedures, rules and safety warnings—were being installed in factories, Lapointe continued to grow his sales force, to the point where it could court municipal purchasers once Kalitec’s outdoor sign products were ready. The first buyer for the Kalifix post system was the city of Trois-Rivieres, Que., which ordered a run of 50.

“Every year, I would hire one or two more people,” Lapointe says. “We didn’t sell much outside Quebec at that time. Our market mainly stretched from Ottawa to New Brunswick, with some customers in Nova Scotia, too.” 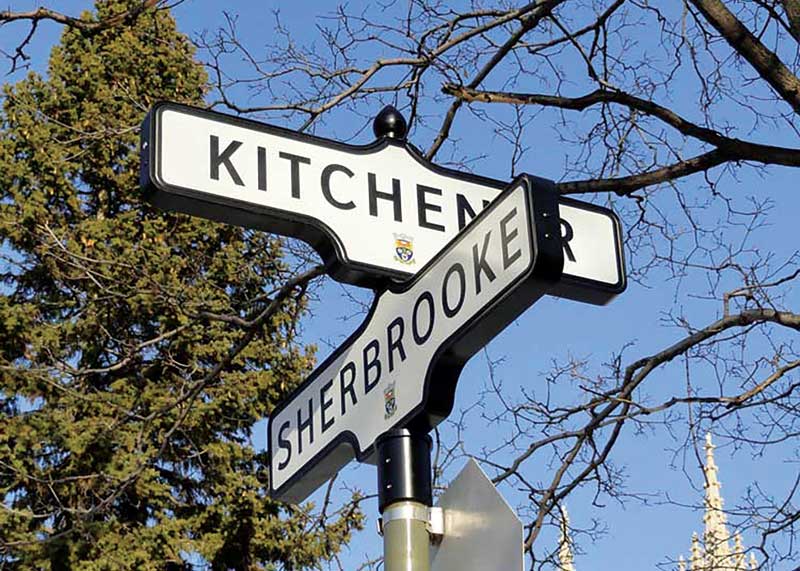 Kalitec’s street signs have been adopted in many Quebec neighbourhoods, including Westmount, a suburb of Montreal.

In 2002 and 2004, he attempted two significant efforts to expand across more of Canada and into the U.S., but neither proved particularly fruitful. So, Kalitec continued to focus primarily on its Quebec customers for the following 10 years.

Smarter signs
Finally, in 2005, a new product line began to draw wider attention. Having already served municipalities with its street signs, Kalitec made these products ‘smarter’ with the addition of light-emitting diode (LED) arrays to display dynamic messages, powered by solar batteries. Specifically, they were geared to municipal needs, serving as digital speed signs that indicate to drivers how fast they’re going.

“That made it easier to sell the breakaway post, since now it was worthwhile to more customers, being part of a more valuable sign,” Lapointe explains. “It gave our post a second life where it would be useful 365 days a year in many places, rather than only appealing to those with severe winter weather.”

Indeed, Kalitec’s ‘smart signs’ are now in use not only across Canada, but also in the U.S. and as far abroad as Melbourne, Australia, where a public transportation company has ordered 1,500 of them.

“By working with partners around the world,” says Lapointe, “my hope is we’ll be present on all five continents within the next five years.”