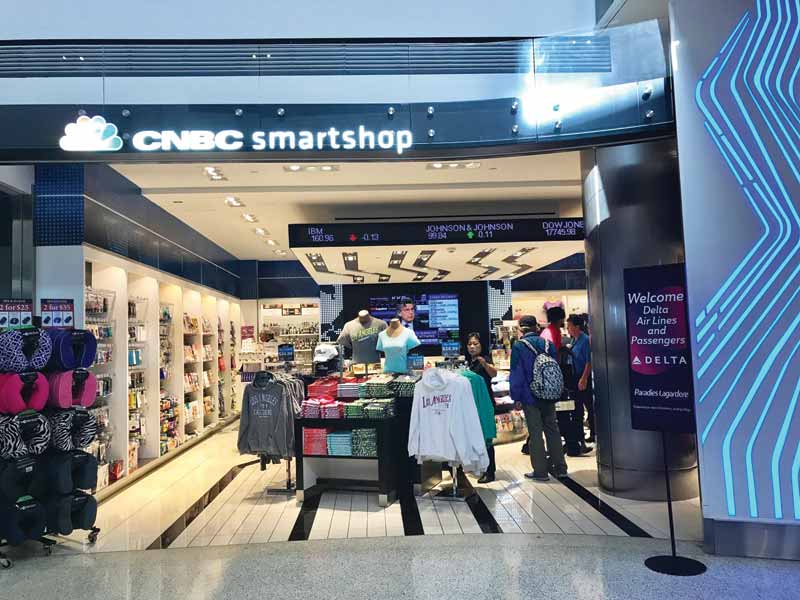 Paradies Lagardere Travel Retail prints hundreds of posters and signs each month for stores in airports across Canada and the U.S. They are laminated and displayed in metal frames to ensure they last well.

For typical applications, the process for this finishing technique begins with the addition of a 6.4-mm (0.25-in.) bleed to the image file before printing. Then, once the image is printed, the graphics are trimmed to the edge of that bleed on three sides and a 51-mm (2-in.) ‘leader’ is left on the other edge. A piece of adhesive is trimmed to match the size of the print and placed on top of it.

Next, a small strip of the adhesive is separated, trimmed and attached to the leader edge, secured in place with a squeegee. The print-and-adhesive combination is placed into a laminator and wiped down with a no-lint cloth or glove. As the print passes through the laminator, the adhesive is pulled back.

The acrylic is cleaned with a cloth and rubbing alcohol. It is a good idea to use a flashlight to check all particles are removed and the surface is spotless.

The print is then placed face-down on the clean acrylic, aligned with equal bleed on the three trimmed edges. The leading edge is secured to the leaderboard with tape.

The print is flipped over. A small piece of electrical tape is attached to the centre edge of the print to help gently pull off the adhesive’s second release liner. At the laminator, the electrical tape is secured to a tube to wind up the release liner. As the print-and-acrylic combination passes through the laminator, the operator can use one hand to keep tension on the tube while it winds and the other to wipe the acrylic with a lint-free cloth to keep it clean during the process.

After lamination, the acrylic is placed face-down and each bleed edge is trimmed using a sharp blade. Then the leaderboard is removed and the final edge trimmed. The acrylic’s remaining premask can be peeled away using the same technique with tape and an empty roll.

Finally, the acrylic face should be cleaned again with alcohol and a lint-free cloth before the desired hanging/mounting hardware is attached. 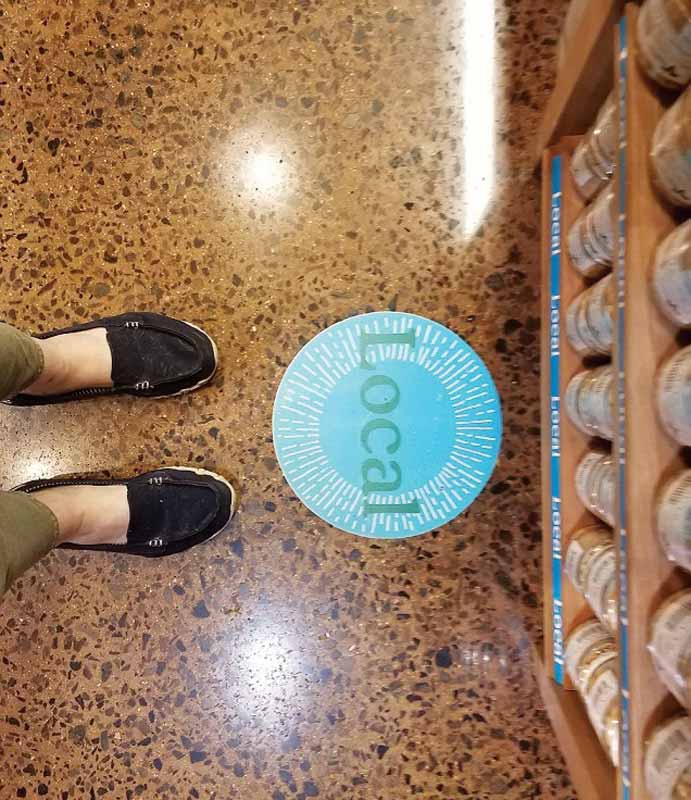 Choosing vinyl or fabric
When printing banners, vinyl has been the go-to staple in sign shops for years now. Fabric, however, has become a top trend today, with many retailers demanding it.

Vinyl is generally the best bet when using an aqueous inkjet printer, while fabrics work well with dye sublimation or durable aqueous ‘latex’ printing. Some upscale retailers, such as those selling jewellery, prefer fabrics for graphics that illustrate intricate details for customers standing up close to them. Vinyl is a less expensive option in most cases and a top choice for temporary or one-time uses.

Two vinyl banners can be sewn or heat-pressed together to create an opaque double-sided application. Fabrics can be sewn for the same effect, but will typically need a hem to prevent fraying.

Another factor to consider is ease of installation. In many cases, POP graphics are displayed in-store not by an experienced installer, but by a local sales clerk.

Jewellery vendor Allison-Kaufman, by way of example, has wrapped its display cases with pressure-sensitive vinyl featuring Art Deco graphics, which were easily removed later. Grocery retailer Whole Foods, meanwhile, has decorated its in-store coolers and other fixtures with a ‘print-and-stick’ fabric that is dimensionally stable, preventing it from expanding or shrinking with variable temperatures, and easy to install with a squeegee and even pressure for crease-free adhesion. And if an employee makes a mistake, the material can be removed and repositioned several times.

Many large stores use hanging banners to display messages overhead. When a typical scrim vinyl does not offer the desired ambience, a lightweight polyester fabric can deliver bright colours and an elegant draping effect, with crease and wrinkle resistance making it another forgiving option during installation.

Whole Foods has also cleverly used window-cling vinyl for floor graphics. Even when enduring a high volume of foot traffic and with the need to prevent slipping, some of these materials will last up to eight weeks without lamination. Print-and-stick fabrics are also a viable option, easily removed afterwards without leaving any residue behind.

Speaking of windows, by using backlit vinyl, retailers can face-mount window graphics on the inside surface, protecting them while still ensuring strong visibility from outside.

Other aspects to look for in display films for POP applications with durability in mind include scratch, curl and water resistance.

Shellie Terry is content strategist for S-One Holdings, the corporate parent of LexJet, which manufactures and distributes materials and equipment for wide-format inkjet printing. For more information, contact her via e-mail at shellie.terry@sone.com.