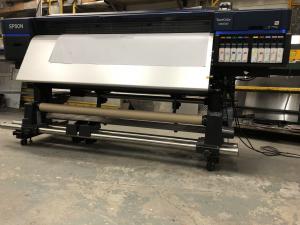 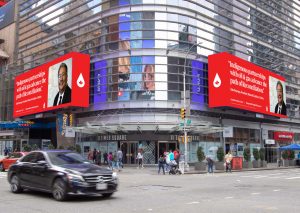 Canadian Indigenous leader Dale Swampy recently lent his voice to a Manhattan billboard campaign, to emphasize the importance of the country’s energy industry to the quality of life for many of its First Nations people. Photo courtesy Canadian Energy Centre (CEC)

A Canadian Indigenous leader recently lent his voice to a Manhattan billboard campaign, to emphasize the importance of the country’s energy industry to the quality of life for many of its First Nations people.

Sponsored by the Canadian Energy Centre (CEC), the $65,000 campaign ran on three large electric billboards from Sept. 20 to 25. Situated in high-traffic locations at Times Center, they featured images of Dale Swampy, president of the National Coalition of Chiefs, along with the message, “Indigenous partnerships with oil and gas advance the path of Reconciliation.”

As one of the largest environment-focused events in the world, the event helps shine a light on the strong relationship many Indigenous communities have with Canada’s oil and gas and cleantech industries, as well as the role economic and environmental partnerships have in the pursuit of Reconciliation.

“Partnerships with Canada’s energy sector offer an incredible opportunity to pull our next generation out of poverty,” says Swampy. “These partnerships advance the path of Reconciliation.

“It’s important people also understand the oil and gas industry is taking its commitment to tackle climate change seriously and the inherent relationship our people have with the environment is helping projects to be developed more responsibly.”