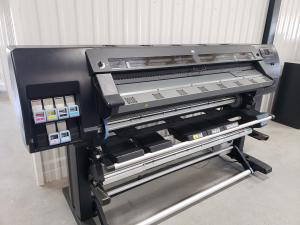 A new mural was created in honour of Winnipeg’s taekwondo Olympian, Skylar Park, and was installed at her former martial arts academy, Tae Ryong Park, located at 95 Scurfield Boulevard.

Park won gold at the Lima 2019 Pan American Games and competed at her first Olympic Games in Tokyo earlier this summer, according to a news report from Global News,

Park mentioned in the report that the academy was her family’s and had opened in 1993. She began her training at the academy since she learned to walk.

“It’s kind of weird, kind of scary, to see your face blown up five times, but it’s incredible to have this mural, especially at my family’s academy where I first learned everything that I know, it means a lot to have it here and know that it can inspire the next generation of athletes,” Park said in the report.

Take Pride Winnipeg! and Canadian Tire commissioned the mural to commemorate Park’s first Olympic Games appearance and celebrate where she “learned her first life lessons through play,” according to the Global News report.

The mural itself shows Park in several martial arts poses while holding a Canadian flag, with large red text that reads, “We all play for Canada.”