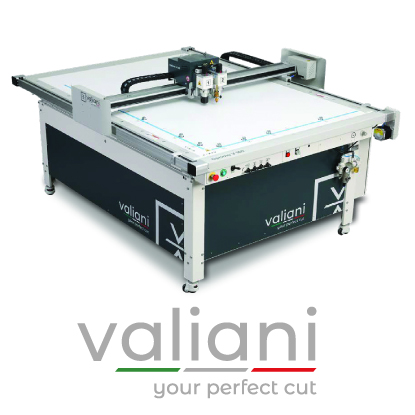 By Jon Colley
There are a variety of methods available to today’s signmaker for cutting rigid and flexible substrates, including computer numerical control (CNC) router tables, flatbed tangential blade cutting systems, vinyl cutters and more. Most of these systems deliver acceptable results, but when it comes to cutting acrylic, paper, cardstock, medium-density fibreboard (MDF), polystyrene and fabrics, a carbon dioxide (CO2) laser system is a strong alternative to traditional methods, with the potential for a lower overall total cost of ownership (TCO).

With signs and displays installed almost everywhere, the market push is on for more intricate designs to better grab the attention of the target audience. Cutting small and detailed shapes, however, can be difficult with non-laser technologies, as there are issues with tool size, holding the parts down and, in the case of acrylic, the quality of the resulting edge.

A laser does not run into these issues. The cutting beam is very narrow in diameter and does not move small parts the way a traditional router head does.

How it works
When cutting, the laser intensely focuses energy in a very small area to burn or melt the material. With plastics, a small amount of air is also used to eliminate any flames and to push the molten plastic through the width of the cut. With non-plastics, the material simply burns off as smoke.

Cutting acrylic has proven to be the most profitable application for lasers in the sign industry, due in part to the aforementioned edge quality, but also because the work can be done all in one step. No edge polishing is required, because the laser both cuts and flame-polishes at the same time.

As mentioned, a laser enables the cutting of intricate shapes and designs that would not be possible with traditional router technology. A focused laser beam is, in essence, an approximately 0.4-mm (0.016-in.) diameter cutting tool that does not wear out. Small-diameter tools for CNC routers, by comparison, are more susceptible to wear, breaking and clogging when cutting acrylics. So, it is easy to see how laser systems yield long-term cost savings in terms of tooling. No edge polishing is required, because the laser both cuts and flame-polishes at the same time.

Since a laser cuts with heat, the process is very quiet compared to the typical noises associated with router spindles and tools cutting acrylic. Also, as the acrylic vapour is removed by the exhaust system, there is no need to spend time cleaning up the chips and debris that would be left behind by a router.

As a contact-free method of cutting, a laser does not push the material like a router head would, so there is no need to clamp or tape the substrate or pieces down or use a vacuum table to hold it in place. A lot of time is saved, especially on jobs with smaller parts.

Materials that can commonly be laser-cut include acrylic, wood, MDF, foamboards, polystyrene, films and textiles. When a synthetic textile is cut, the laser’s heat melts the edge, so it will not fray like a knife-cut edge would.