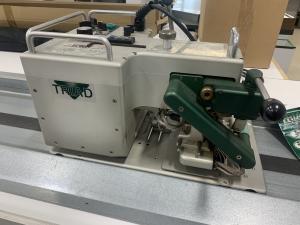 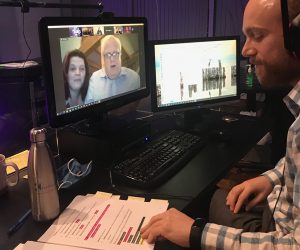 More than 150 industry professionals attended the first-ever Virtual Night at the BOCSIes which was successful in bringing the sign industry together to recognize award-winning projects, celebrate several industry representatives with well-deserved individual awards, and provided a platform for everyone to be seen and heard.

The pandemic has wreaked havoc for many associations and organizations in regard to their in-person events and meetings this year. As a result, SAC-ACE made the announcement in mid-May that this year’s Sign Expo Canada (SEC) and Night Out at the Best of Canada’s Sign Industry Awards (BOCSIes)/Friday night gala would not take place. However, while a full-scale trade show was not in the cards, discussions had already started between teams at Sign Media Canada and SAC-ACE, along with its respective SEC Task Force, about hosting a virtual event.

In mid-April, after several weeks of planning, organizing, and development, Sign Media Canada and SAC-ACE jointly announced they would honour the outstanding work of signmakers across the country during a Virtual Night at the BOCSIes on Sept. 25 at 7 p.m. (EST). In addition to announcing these winners, SAC-ACE would also present its industry awards for the Sign Professional of the Year, Young Professional of the Year, Volunteer of the Year, and Mentor of the Year. Further, industry professionals were also provided the opportunity to register to attend several virtual product demonstrations that took place on the day of A Virtual Night at the BOCSIes between 3 and 5 p.m.

Immediately following the announcement bi-weekly Zoom meetings soon turned into weekly conference calls as each micro-detail was examined and executed—from confirming sponsorships, building dedicated web pages for promotion and registration, launching a co-ordinated social media campaign, testing applications for the entertainment (trivia games) and networking to acquiring various media that was incorporated as part of the event and, most importantly, creating a broadcast studio in the offices of Kenilworth Media Inc., the publisher of Sign Media Canada, where it would all take place.

Before the two-hour livestream event, several dry runs were completed to ensure everyone involved hit their marks. One thing that made this difficult to execute was the fact one of the evening’s co-emcees, Francois Lussier of Montreal Neon, was an award recipient. Unbeknownst to him, this meant every practice run did not include the Sign Professional of the Year so that it would remain a surprise when it was announced live in studio.

Countless volunteers from Sign Media Canada, SAC-ACE, SEC Task Force, the Young Professionals Network (YPN), and the International Sign Association (ISA) also went over and beyond to ensure the virtual event was a success.

The event also received some unexpected promotional assistance from Media Resources and Pattison Outdoor by promoting the Virtual Night at the BOCSIes on a downtown Toronto billboard.

More than 150 industry professionals attended the first-ever Virtual Night at the BOCSIes which was successful in bringing the sign industry together to recognize award-winning projects, celebrate several industry representatives with well-deserved individual awards, and provided a platform for everyone to be seen and heard.

“Thank you to everyone involved in organizing the BOCSIes event,” said Cy Atkinson of Five Star Permits. “That was really well done. And the contests were a fun way to break up the event.”