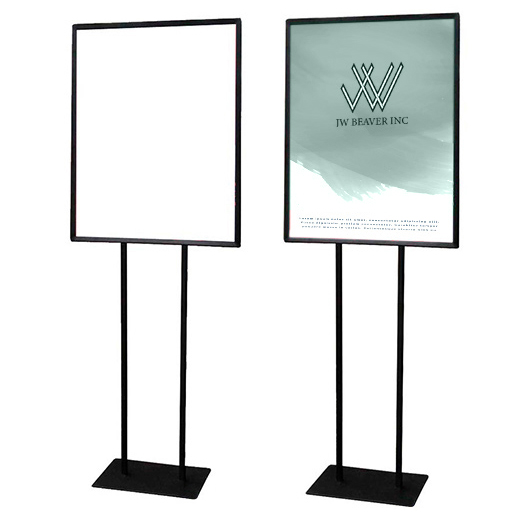 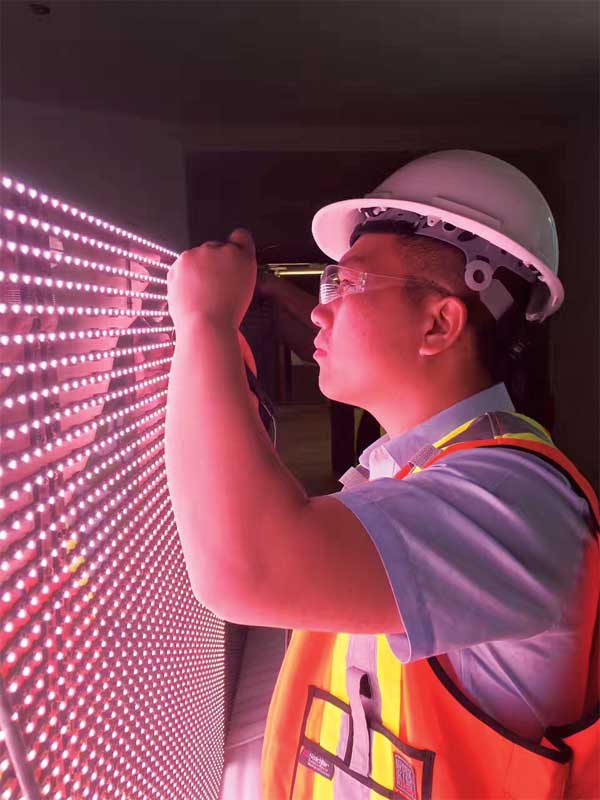 The LEDs were soldered to printed circuit boards (PCBs) that are narrow enough to achieve a high level of transparency.

“Our in-house designers created content, such as a waving Canadian flag and falling maple leaves, to test the displays’ red, green and blue (RGB) colour calibration until Moment Factory developed its own,” Fan explains. “They had not done content for transparent LED screens with a permanent mesh before, but their experience was a very good fit because our patented LED technology displays ‘black’ as 100 per cent transparency, which is the same in projection mapping.”

“We had done some work in the past that was relevant to this project,” says Christian L’Heureux, a producer for Moment Factory, “but this was the first time we had worked with a permanent LED mesh and we needed to understand the intricacy of the setup before designing the content. The shape and surface of this display are completely atypical—it’s not like a liquid crystal display (LCD) in landscape or portrait mode with a 16:9 aspect ratio! We felt very blessed to be part of this, as the concept was very well-done and we are fond of working on new types of projects that take new approaches.”

Moment Factory recommended the use of Pandoras Box Server, a three-dimensional (3-D) content compositing, rendering and scheduling system developed by Coolux (now part of Christie Digital Systems), and set up templates to allow the NAC to load its own content into a frame, which then opens to reveal a given performance.

“The software was the biggest tweak we made to their existing plan,” L’Heureux explains. “We convinced them the potential of the Lantern as a beacon in downtown Ottawa called for a ‘show’ playback system, rather than a typical ‘signage’ playback system.”

“It was helpful to have them take us through all of the steps in an organized way,” says Dearlove. “We have five programming departments here that share a unity of design, but since we are also making this platform available to our national partners, from Vancouver to Halifax, we needed a different set of templates for them. For one thing, it is important for people passing by to understand which shows they can attend here in Ottawa and which they cannot. For another, while our national partners were excited to contribute, it was hard for them to visualize this display before seeing it in real life.”

Other guidelines were developed for text, which runs the risk of being visibly interrupted by the tower’s window panes, and logos. 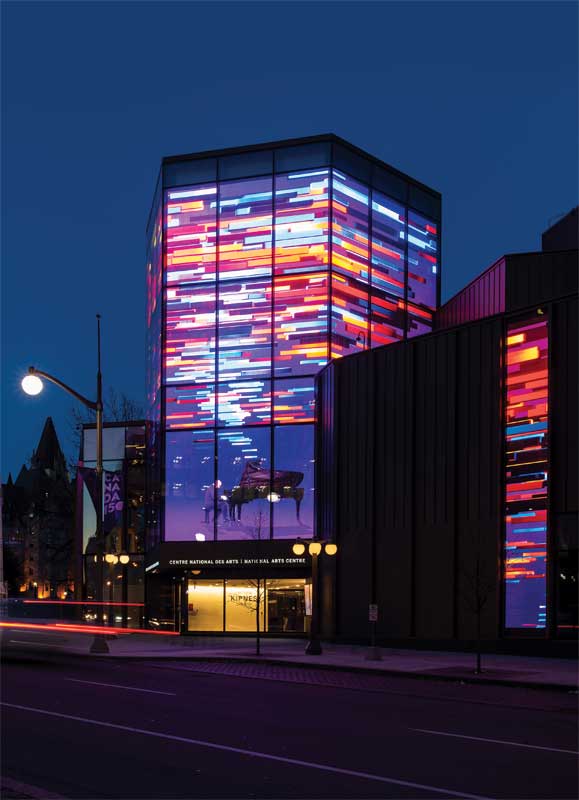 “There is an agreement between the NAC and the National Capital Commission (NCC) whereby sponsor logos can only use 10 per cent of the display area when performances are advertised,” says Mallard.

“We created video reels to help express the potential, such as fireworks for Canada Day and falling poppies for Remembrance Day,” says Mallard.

In another example of timely content, the blade screens paid tribute to singer/songwriter Gord Downie after he passed away in October.

In addition to creating templates for seasonal campaigns and one-off messaging, Moment Factory created three 90-second ‘digital shorts’ to convey moments of wonder and whimsy throughout the year. These mini-shows, inspired both by the building and by dance, music and theatre, respectively, were produced at the company’s Montreal studio in September 2017 and tested on-screen in November and December, in the run-up to the New Year’s Eve content launch.

“We will work with them on creating more of these ‘wow’ moments in the future,” says Mooney. “Currently, Chris and I are still managing the content, but we will soon hire a dedicated producer to take it on.”

Built to last
The renewal of the NAC will continue this year with further enhancements to its theatres and the opening of new event space along the Rideau Canal. In the meantime, the NAC’s new media team is actively generating more content for the Lantern.

“We designed this display to be there for a long time,” says Fan. “It’s great how this project promotes Canadian arts and culture. It takes a visionary organization like the NAC to really explore the full potential of media architecture.”

You May Also Like  Digital Signage: Case study on Splitsville Entertainment