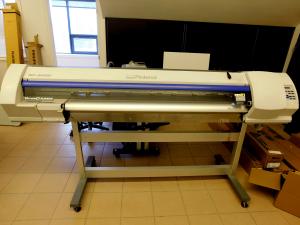 In the past, Mattatall (pictured, second from left) has been chair of SAC’s Atlantic Chapter, president of the Canadian Sign Council and president of SAC. He is currently vice-chair of the International Sign Association (ISA), through which he has been an advocate of Sign Manufacturing Day as a workforce development initiative. Until this year, in fact, Mattatall Signs was the only Canadian company to take part in the annual event, which invites students to tour signmaking facilities.