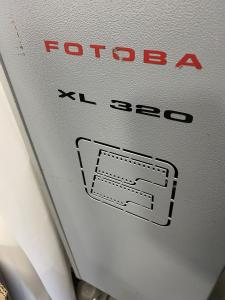 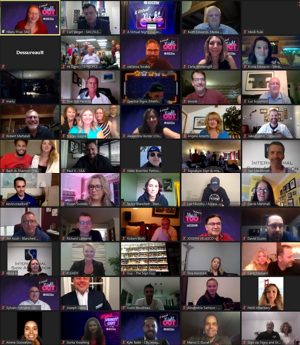 More than 150 people attended the virtual gala—some gathered in groups at their shops as big as the respective pandemic restrictions would allow, while others participated from their family rooms or wherever they were on whatever device they chose to use that evening.

The Sign Association of Canada (SAC-ACE), together with Sign Media Canada, honoured the outstanding work of signmakers from across the country during the first-ever Virtual Night Out at the BOCSIes, which was held on Sept. 25.th

More than 150 people attended the virtual gala—some gathered in groups at their shops as big as the respective pandemic restrictions would allow, while others participated from their family rooms or wherever they were on whatever device they chose to use that evening. To attend the event, SAC-ACE was collecting a donation that went toward Food Banks Canada and its special COVID-19 response fund. In addition to individual attendee donations, various companies also donated to the cause, including Access Signs Inc., Dominion Signs, Media Resources International, Permit World Consulting Services Inc., Pride Signs Ltd., Sign Up Signs, Signature Signs & Image, Signex Manufacturing Inc., Spectra Signs, and Turbo Images. A total of $3800 was raised.

Response to this year’s BOCSIes competition was once again outstanding with more than 300 entries pouring in from across the country.

In addition to revealing the 14 BOCSI winners via live stream, SAC-ACE also presented its awards of recognition virtually. Prior to handing out the awards, the show started with an industry address from Carl Weger, SAC-ACE president, and an inspiring video that encapsulated the heart and soul of the Canadian sign industry by showing how the trade has come together during these unprecedented times, as well as how integral the industry has been in designing/manufacturing various tools and personal protective equipment (PPE) in the fight against COVID-19.

“Together with our SAC board of directors as well as directors of all the regional and chapter boards, we are here to celebrate our industry and the incredible talent in it. I’m so glad to see so many of you here, tuning in from across the country to celebrate our successes,” Weger said before passing on the mic to the evening’s co-emcee’s Francois Lussier, the 2020 Sign Expo Canada Task Force Chair and Jason Cramp, editor of Sign Media Canada.

To keep attendees on the edge of their seats, the virtual gala intertwined a perfect mix of entertainment—via trivia games that saw a number of participants win Amazon gift cards, which were made possible thanks to the evening’s prize sponsor, Roland—and networking opportunities.

This year’s BOCSI winners include:

Watch for the November issue of Sign Media Canada for full coverage on the BOCSI competition. To watch the virtual gala, click here.