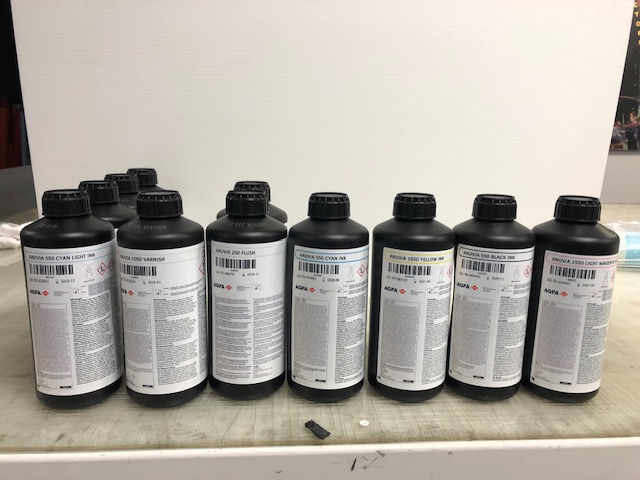 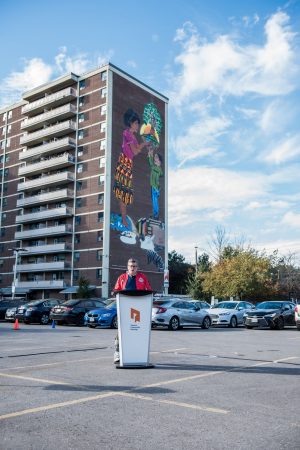 The largest community-painted mural has been unveiled in Scarborough, Ont. Pictured is Toronto mayor John Tory.

One of the largest community-painted murals has been unveiled in Scarborough, Ont.

The project named Susan Street spans the side of a 14-storey Toronto Community Housing (TCHC) residential building. The mural honours and represents the women and caregivers who work hard to support and maintain a healthy community where children have opportunities to grow and thrive.

Mayor John Tory was joined by representatives from TCHC, East Scarborough Boys and Girls Club, lead artist Amir Akbari, and other members of the local community for the event.

Akbari immigrated to Canada in 1990 as a refugee and grew up in government-assisted housing. To complete the work, Akbari enlisted supporting street artists Leyland Adams and Sentooran Kannathasan, who he also mentored throughout the project. Guidance and input were sought from neighbourhood residents who contributed to the final design concept.

The wallcovering was funded as part of the StreetARToronto (Start) Partnership Program, an initiative to deter graffiti vandalism and replace it with vibrant, colourful, community-engaged street art while also encouraging physical activity. This is the third project by the East Scarborough Boys and Girls Club that has been supported by the program.

“TCHC is pleased to partner with our tenants and the city to meet tenants’ community-building goals and help them realize unique projects such as this amazing mural,” said TCHC’s president and CEO, Kevin Marshman.